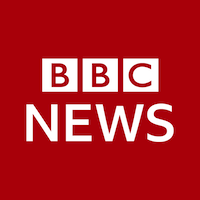 A study of 10 patients at Oxford University used a novel scanning technique to identify damage not picked up by conventional scans. It uses a gas called xenon during MRI scans to create images of lung damage. Lung experts said a test that could spot long-term damage would make a huge difference to Covid patients.The xenon technique sees patients inhale the gas during a magnetic resonance imaging (MRI) scan. Prof Fergus Gleeson, who is leading the work, tried out his scanning technique on 10 patients aged between 19 and 69. Eight of them had persistent shortness of breath and tiredness three months after being ill with coronavirus, even though none of them had been admitted to intensive care or required ventilation, and conventional scans had found no problems in their lungs.

The scans showed signs of lung damage - by highlighting areas where air is not flowing easily into the blood - in the eight who reported breathlessness.

The results have prompted Prof Gleeson to plan a trial of up to 100 people to see if the same is true of people who had not been admitted to hospital and had not suffered from such serious symptoms. He is planning to work with GPs to scan people who have tested positive for Covid-19 across a range of age groups.

The aim is to discover whether lung damage occurs and if so whether it is permanent, or resolves over time. He said: "I was expecting some form of lung damage, but not to the degree that we have seen." The risk of severe illness and death increases markedly for the over 60s. But if the trial discovers that the lung damage occurs across a wider age group and even in those not requiring admission to hospital "it would move the goalposts," according to Prof Gleeson.

He believes the lung damage identified by the xenon scans may be one of the factors behind long Covid, where people feel unwell for several months after infection. The scanning technique was developed by a research group at the University of Sheffield led by Prof James Wild who said it offered a "unique" way of showing lung damage caused by Covid-19 infection and its after-effects. "In other fibrotic lung diseases we have shown the methods to be very sensitive to this impairment and we hope the work can help understand Covid-19 lung disease." 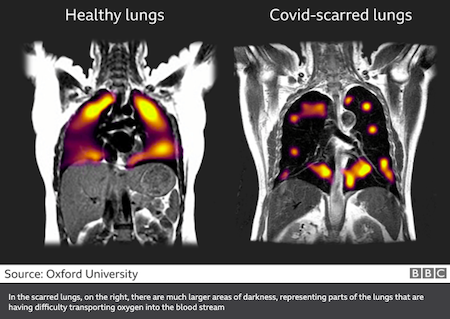 Autor: Pallab Ghosh   Quelle: BBC, 1st December 2020
"Going International promotes access to education and training for all regardless of social, geographic and national borders."
Weitere News
Give us Access to Tigray to Find Missing Refugees — NRC Pleas
Where do UN Diplomats Hide During Politically-Sensitive Voting?
Q&A: Documenting COVID-19 Effect on Youth Sexual and Reproductive Health
COVID-19 Pandemic Shapes the Future World People Want
If Covid-19 is Primarily a ‘First World’ Virus, Why is the Global South in Lockdown?
We Need a Global Coordinated Effort to Secure Equal Access to Safe & Effective Vaccines
We Need a Global Coordinated Effort to Secure Equal Access to Safe & Effective Vaccines
Nothing to Learn from East Asia?
Five Technologies That Will Transform Medicine In Post-Pandemic America
COVID-19 severity affected by proportion of antibodies targeting crucial viral protein
2020 New York Times Voices
WHO Coronavirus Disease (COVID-19) Dashboard
GHD|EMPHNET Launches Online Courses on Response to Public Emergencies
EUPHA strategy 2020-2025
150 years of the International Review of the Red Cross
Three Ways Forward in a Post Covid-19 World
Gender-sensitive Workplace Health Promotion: Why It Is Important and How It Can Be Implemented in Practice
COVID-19: the worst may be yet to come
Medicine shortages in the EU: causes and solutions
Coronavirus Makes Inequality a Public Health Issue
A ‘Cure’ for Ebola but Will it Stop the Outbreak if People Won’t Get Treatment?
The Role of Women’s Organisations in Crisis-Settings
CRA shortage is worsening while demand grows – a vicious circle which opens masses of job opportunities
Why Doctors Hate Their Computers
Junior hospital doctors
90–90–90 Treatment for All
Incident Management System
Incident Management System
An Economy for the 99%
European Virus Archive goes global
Establishing a Global Vaccine-Development Fund

All fields marked with an * are compulsory