You're supposed to need a microscope to see bacteria, right? Not Thiomargarita magnifica.

This giant cell is clearly visible to the naked eye, having the size and shape of a human eyelash.

Fear not, the organism isn't dangerous and can't cause disease in humans. But do marvel at its proportions.

"These bacteria are about 5,000 times larger than most bacteria. And to put things into perspective, it is the equivalent for us humans to encounter another human who would be as tall as Mount Everest," said Jean-Marie Volland from the Joint Genome Institute at the Lawrence Berkeley National Laboratory, in the US. 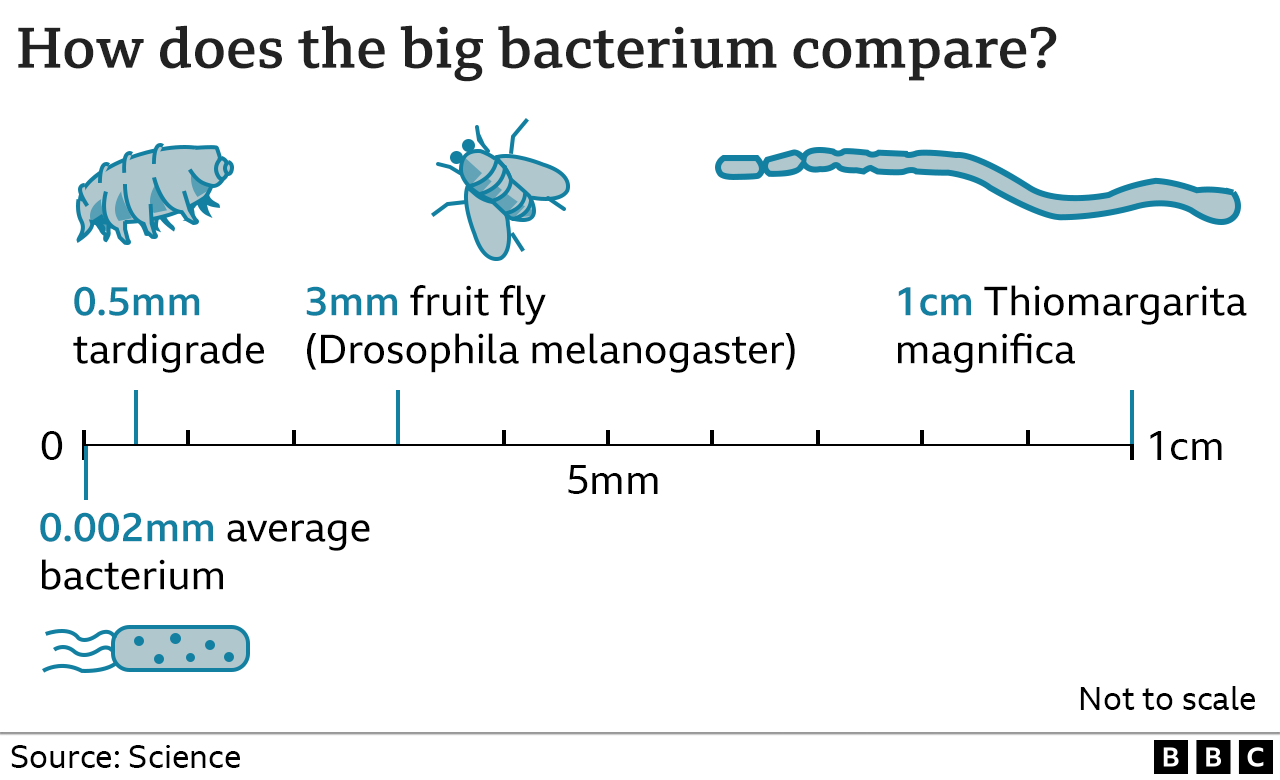 Centimetre-long T. magnifica is not the largest single-celled organism on Earth. That's probably a type of aquatic alga called Caulerpa taxifolia which is 10 times longer still. But the bacterium is definitely impressive when you consider there are many, much more complex life forms on Earth that require some sort of magnification to be observed. Think of those really teeny worms and flies out there.